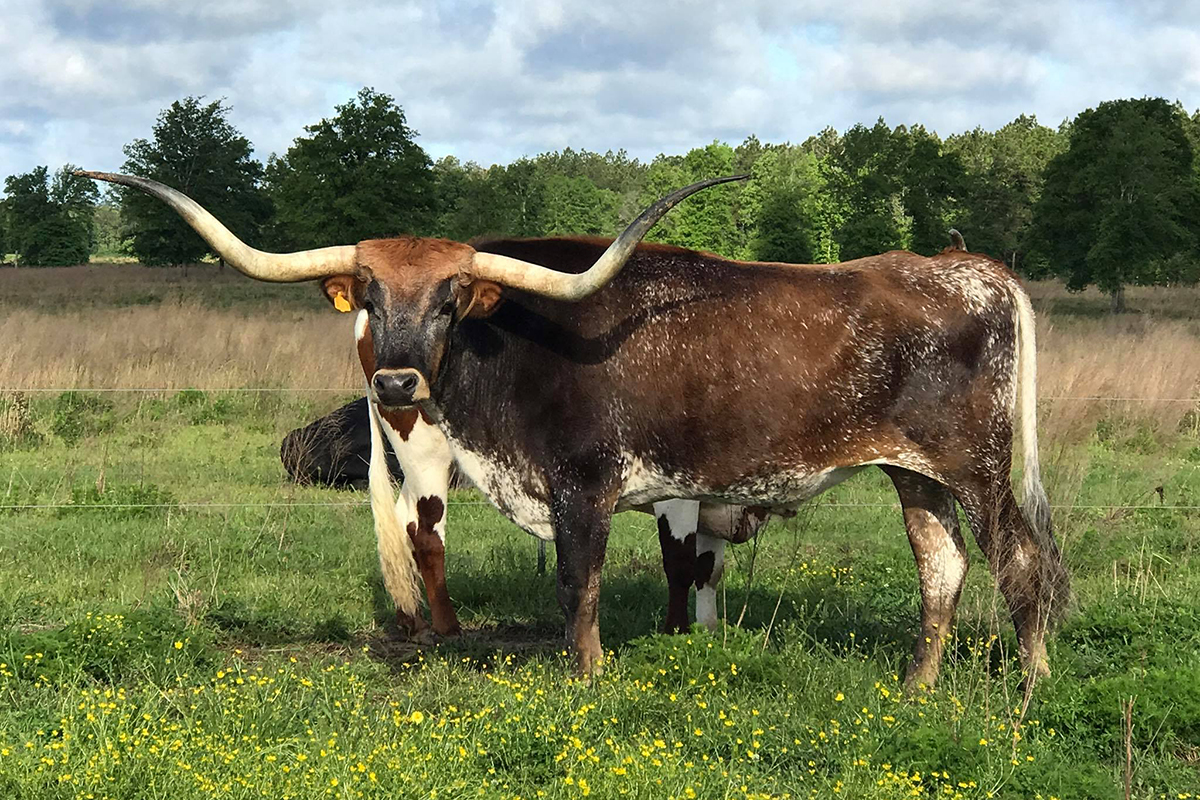 Longhorn cattle are majestic creatures. We might be a little biased as we have a herd of ‘em right here at CM Farms, but that doesn’t change the fact that they are some very cool farm animals!

Texas longhorns were introduced to North America by gold-seeking conquistadors back in the 1400s. They let their Moorish-Andalusian loose onto the land and, as a result, the wild Spanish stock bred with the free-range domestic settler cattle producing what are known today as Texas longhorns.

Recognized as a distinct breed of cattle during the Civil War era, Texas longhorns grew in popularity until the 1900s. In comparison to other breeds, Texas longhorn are low-maintenance. They mature quickly and can birth up to 12 calves in their lifetime. Longhorns eat a broader range of vegetation which meant it was easier to keep them fed on long cattle drives as they could survive on less-than-ideal pastures.

Cattle owners made a lot of money when the demand for beef increased in markets like Great Britain and wealthy investors started looking at American cattle ranches as lucrative investment opportunities. Soon afterwards, English breeds including black Angus and Herefords were introduced in order to produce a beefier cow. Once cattle ranches began fencing in their herds, there was no real need for the hearty, self-sustaining longhorns.

Passed over for the English breeds, longhorns almost became extinct. Luckily, a few Texas ranchers kept a few small herds going for sentimental reasons. Once Americans started becoming more health conscious, the demand for exceptionally lean meat grew and longhorns were back in the game.

Come on out to the farm and meet our herd of big-horned beauties!